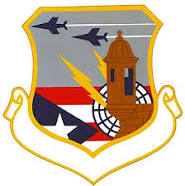 “Eric had been part of this unit, and this aircraft had served during both hurricane Irma and Maria,” ARRL Southeastern Division Assistant Director and Assistant Puerto Rico SM Jose “Otis” Vicens, NP4G, said in a statement. “The people of Puerto Rico thank him for his service and ultimate sacrifice. He will be remembered.”

According to media accounts, the 60-year-old aircraft was under repair in Savannah before it took off. It had been used in several hurricane relief and recovery efforts and was reported to be on its way to Arizona to be decommissioned.