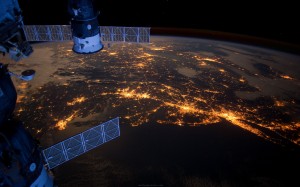 Ten satellites reached orbit April 28 aboard an Indian PSLV-C9 rocket launched from the Satish Dhawan Space Center. The primary payloads were India’s CARTOSAT-2A and IMS-1 satellites. In addition to the NLS-5 and RUBIN-8 satellites, the rocket carried six CubeSat research satellites, all of which communicate using Amateur Radio frequencies. All spacecraft deployed normally and appear to be functional at this time.The SEEDS satellite is designed and built by students at Japan’s Nihon University.When fully operational, SEEDS will download telemetry in Morse code and 1200-baud FM AFSK packet radio at 437.485 MHz. The satellite also has Slow-Scan TV (SSTV) capability.

Several stations have reported receiving SEEDS CW telemetry and the team would appreciate receiving more reports from amateurs at their ground station Web page.AAUSAT-II is the creation of a student team at Aalborg University in Denmark. It will downlink scientific telemetry at 437.425 MHz using 1200 or 9600-baud packet.Can-X2 is a product of students at the University of Toronto Institute for Aerospace Studies, Space Flight Laboratory (UTIAS/SFL). Can-X2 will downlink telemetry at 437.478 MHz using 4kbps GFSK, but the downlink will be active only when the satellite is within range of the Toronto ground station.Compass-One was designed and built by students at Aachen University of Applied Sciences in Germany. The satellite features a Morse code telemetry beacon at 437.275 MHz. Compass-1 will also provide a packet radio data downlink, which will include image data, at 437.405 MHz.

Cute 1.7 + APDII is a satellite created by students at the Tokyo Institute of Technology. This satellite will not only provide telemetry, it will also offer a 9600-baud packet store-and-forward message relay with an uplink at 1267.6 MHz and a downlink at 437.475 MHz.

Delfi-C3 was designed and built by students at Delft University of Technology in the Netherlands. It includes an SSB/CW linear transponder. The satellite will be in telemetry-only mode for the first three months of the mission, after which it will be switched to transponder mode. Delfi-C3 downlinks 1200-baud packet telemetry at 145.870 MHz. The linear transponder, when activated, will have an uplink passband from 435.530 to 435.570 MHz and a corresponding downlink passband from 145.880 to 145.920 MHz.