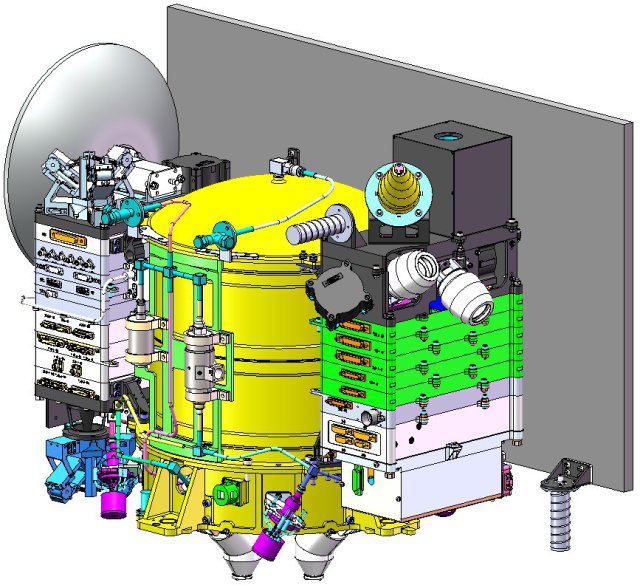 China’s twin-launch Chang’e 4 mission to the far side of the moon will place a pair of microsatellites in lunar orbit “to test low-frequency radio astronomy and space-based interferometry.” The two satellites, DSLWP-A1 and DSLWP-A2 (DSLWP = Discovering the Sky at Longest Wavelengths Pathfinder) are expected to launch in June. They will carry Amateur Radio and educational payloads, but not a transponder.

Equipped with low-frequency antennas and receivers, the astronomy objectives of the two spacecraft will be to observe the sky at the lower end of the electromagnetic spectrum — 1 MHz to 30 MHz — with the aim of learning about energetic phenomena from celestial sources. They will use the moon to shield them from radio emissions from Earth.

Developed by students at Harbin Institute of Technology (BY2HIT), the Amateur Radio payload onboard DSLWP-A1 will provide a telecommand uplink and telemetry/digital image downlink. The open telecommand protocol is designed to allow amateurs to send commands to take and download images. DSLWP-A1 downlinks are 435.425 MHz and 436.425 MHz; DSLWP-A2 downlinks are 435.400 MHz and 436.400 MHz, and they will use 250/500 bps GMSK using 10K0F1DCN or 10K0F1DEN (10 kHz wide FM single-channel data) with concatenated codes or JT4G. JT4 uses four-tone FSK, with a keying rate of 4.375 baud; the JT4G sub-mode uses 315 Hz tone spacing and 1260 Hz total bandwidth.

The microsatellites represent the first phase of the Chang’e 4 mission. The satellites will piggyback on the Chang’e 4 relay package and will deploy into 200 × 9,000 kilometer lunar orbits. The mission involves placing a relay satellite in a halo orbit to facilitate communication with the Chang’e 4 lander and rover, which will be sent to the far side of the moon in December. Because the moon’s far side never faces Earth, the satellite is needed to serve as an Earth-moon relay. The Chang’e 4 mission will be the first-ever attempt at a soft-landing on the far side of the moon.