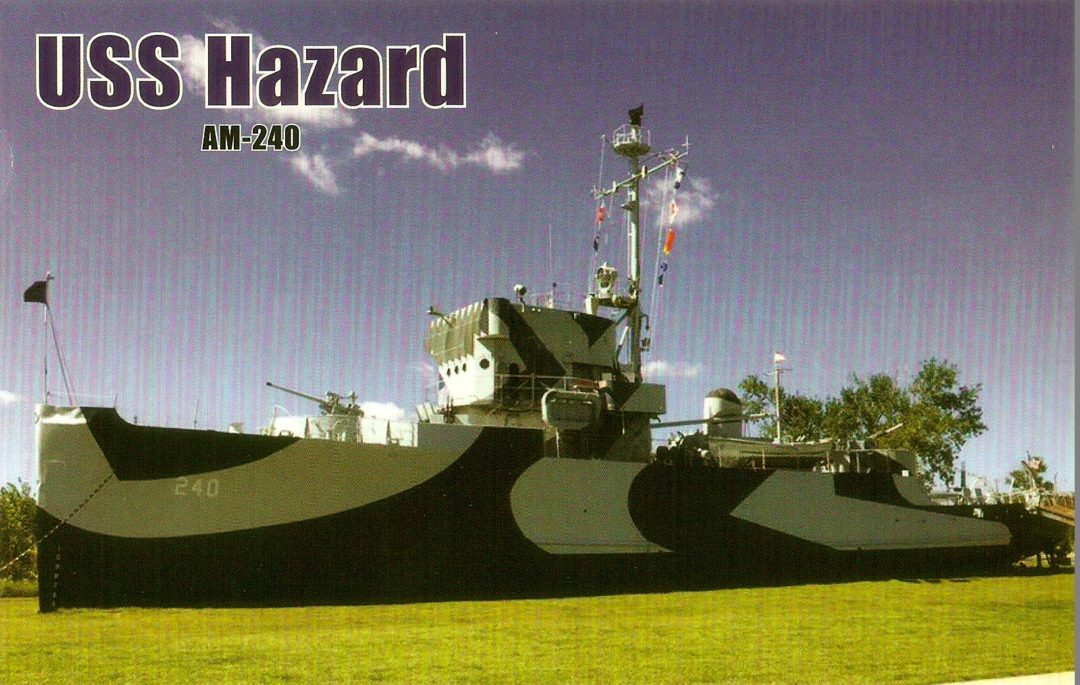 USS Hazard (AM-240) was an Admirable-class mine­
sweeper that served in the United States Navy during
World War II.

Hazard was launched on 31 May 1944 and was commis-­
sioned on 31 October 1944. The vessel was built by the
Winslow Marine Railway and Shipbuilding Corporation
of Winslow, Washington. Hazard was fitted for both wire
and acoustic sweeping and could double as an anti-sub­
marine warfare platform. The Admirable class of mine­
sweepers were also used for patrol and escort duties.

The Hazard was awarded two battle stars for her service.