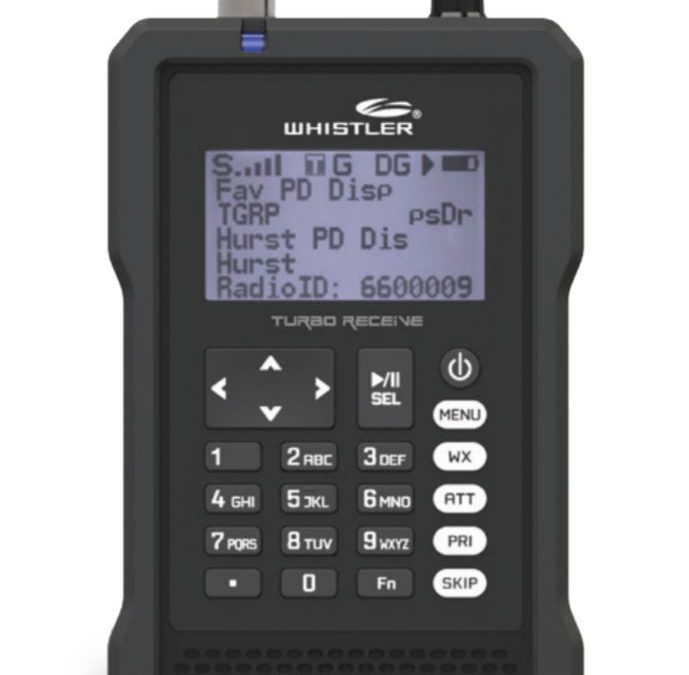 Ham Radio has changed in recent years from traditional point to point communication using Frequency Modulation and Single Side-band modes of communication to Digital Modulation. Radio Ham networks now include D.M.R. or Digital Mobile Radio and a great hand-held receiver to use to translate the digital transmissions is the Whistler T.R.X.-1 and its bigger desk top version the T.R.X.-2. These two receivers are capable of allowing D.M.R. to be received.

Digital Radio Transmissions are created by a process called T.D.M.A. it stands for Time Division Multiple Access and one of the major uses of this technology is the G.S.M. system, or Global System of Mobile often referred to as the cellular network.

Listed below are some of the features of the Whistler receivers.

Both the Handheld and Desktop & Mobile models feature a full back-lit alphanumeric keypad in addition to the easy-to-use Scan, Pause, Select and Navigation controls.

The Whistler indicates the time slot and color code. It also allows monitoring of analogue signals.

I.F. output for connecting to a computer and additional software.

Using my two meter and seventy centimeter vertical aerial mounted on the end of my house about 8 feet above the apex of the roof allowed me to hear my local D.M.R. Ham radio repeater which users the Brandmeister network about 5 miles away. The V.H.F. spectrum here in the U.K. around 165 Megahertz has many digital transmissions.

The U.H.F. band from 455 Megahertz through to 457 Megahertz has a number of security and Industrial transmissions. 446 Megahertz has several channels designated for digital use. I would suggest you use good low loss coaxial cable between the aerial and your receiver, R-G-213 is the best, you can easily make up a pig tail lead or purchase one for the final connection to the receiver.